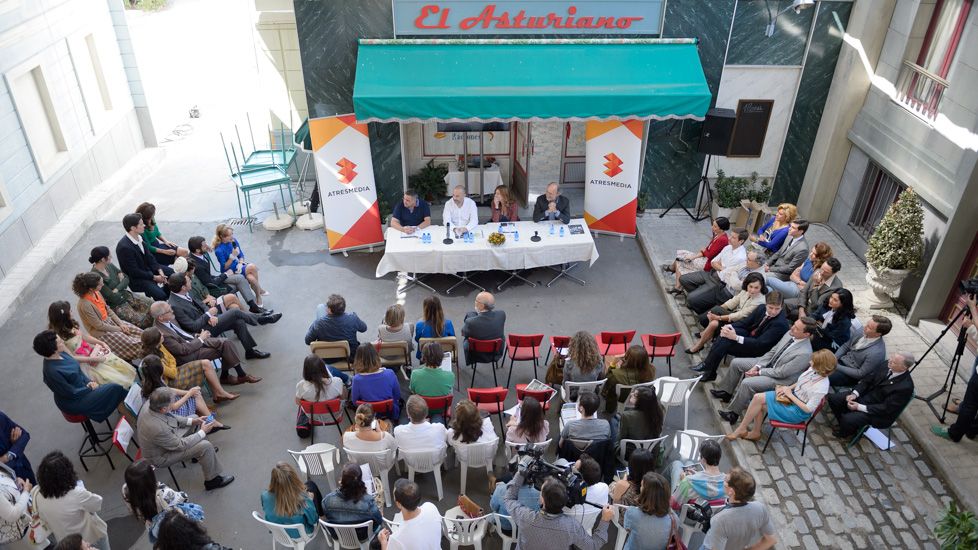 The second season of Love is forever (Amar es para siempre) went to air recently on Spain’s ANTENA 3 and is expecting to match Season 1’s ratings success. Diagonal TV’s daily fiction for the Spanish private channel closed its first season with over 1.6 million loyal followers, who have been eagerly awaiting the introduction of new storylines and new characters as well as following the evolution of the series’ on-going parts.

The presentation of Season 2, held at the series’ central set, the Plaza de los Frutos, was fronted by Antena 3 Head of Drama, Sonia Martínez, alongside the director of the series, Eduardo Casanova, Diagonal TV’s Executive Producer, Jaume Banacolocha, and script coordinator, Manuel Cubedo.

Jaume Banacolocha was keen to point out that from the production company’s point of view DiagonalTV is “very happy” with the results ‘Love is forever’ is achieving. “With ‘Bandolera’ we started out with the objective of lifting Antena 3’s ratings in the afternoon slot, and we have achieved just that.” However, Banacolocha stated that “the first six months of the year have been very tough for the team as it involved a change of channel and the challenge of enticing viewers to follow suit.”

The director of ‘Love is forever’, Eduardo Casanova, spoke highly of both cast and crew and had no qualms in admitting that “a cast like this makes directing very easy work”. He added that ‘Love is forever’ has all the requirements of good television fiction and that the team is “very pleased” to be improving day by day.

In Season 2 the hub for characters both old and new will continue to be the Plaza de los Frutos, the series’ main set, and the Asturiano, a classic bar that has adapted to the times and will serve as a place where the different characters and their storylines converge.